01
Work
02
What We Do
03
Who We Are
04
Perspectives
05
Contact
Want to always know what's next?
Get the future of digital experiences and technology right to your inbox.
Sign Up

Get the future of digital experiences and technology right to your inbox. 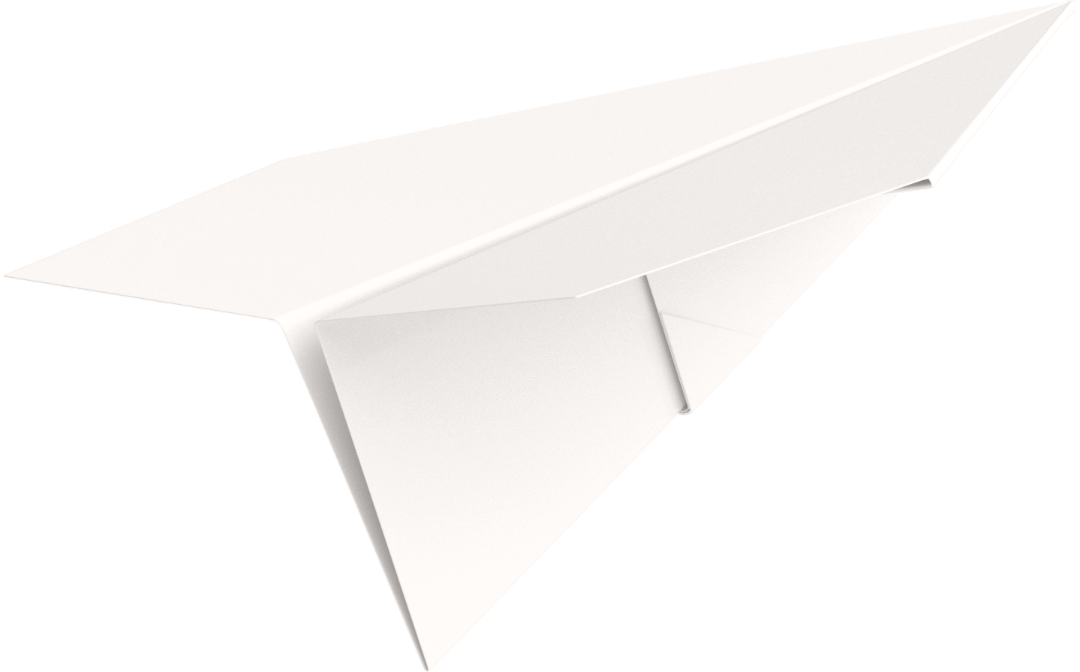 According to some pretty in-depth research into over 100 startup failures, the first reason they failed is because there was “No Market Need.” Let that sink in...42% of the companies reported that they built solutions around problems that were interesting for them to solve instead of problems with a validated market need. The CEO of Patient Communicator, a platform that streamlines doctor-patient communications, gives us a perfect snapshot: “I realized, essentially, that we had no customers because no one was really interested in the model we were pitching. Doctors want more patients, not an efficient office.”

The second reason companies failed is they “Ran Out of Cash.” Sometimes companies run out of cash because of poor resource management or undisciplined spending, but the real problem is not iterating quickly enough to find real revenue generating product-market fit. In theory, if a company had an endless runway, they could iterate until they find a validated problem in a big enough market. It would almost be inevitable. Given that time and money are finite (shocker), companies need to speed the iteration process up and find a true market need. It’s what Eric Ries calls “continuous innovation” in his oft-quoted startup manual, The Lean Startup

In an interview with Venture Hacks back in 2009, Ries breaks it down like this. “One approach to solving a problem would be, let’s build a product with the maximum number of features that will maximize our chance of success in the end. But the problem with that is you won’t get any feedback until you’ve already built all those different products...A minimum viable product is that product which has just those features and no more that allows you to ship a product that early adopters see and, at least some of whom resonate with, pay you money for, and start to give you feedback on.”

This is where practicing the Minimum Viable Product (MVP) process early in the product development cycle literally pays dividends. One of the most painful things to watch is a well-intentioned company spend time and money on a product they think everyone will love, only to release it and find out that they’ve missed the mark. The MVP process is designed to avoid that by being the fastest and least expensive way to validate a market need and iterate to find product-market fit.

This process isn’t just for startups - companies of all sizes face these same challenges. It’s especially difficult for large companies to innovate quickly because of the bureaucracy that’s needed to operate at scale. That makes it even more valuable for corporations to adopt a process for testing and validating ideas quickly in order to keep up with more nimble challengers.

Minimum Viable Product is a term that’s thrown around a lot. Most of the time it’s misused to refer to a first version product when a minimum viable product is limited to only the features that it takes to sell early evangelists your vision. In this case, viability means that people will pay for it. Getting people to pay early, even if it’s not a lot, adds urgency to delivering more value, and increases the quality of the feedback you receive. The point is to learn as quickly as you can in order to save your company time and money down the road. It takes time and money to launch a full product, but it takes very little time and money to validate your idea (or more importantly prove that it’s the wrong idea). Just as important as finding the right solution is figuring out which solutions miss the mark. In order to start eliminating bad ideas you have to fail fast over and over. As Thomas Edison famously put it “I have learned fifty thousand ways it cannot be done and therefore I am fifty thousand times nearer the final successful experiment.”

There are a number of different types of MVP - but they all come down to creating a tool for you to tell the story of your solution in order to gather feedback. It can be as simple as some sketches on printer paper and get as complex as a functional landing page or clickable prototype. Here are a few tried and true approaches from most simple to most complex.

‍
This one is easy. Take a stack of printer paper and draw out each of the screens in your user flow with a sharpie - giving each screen a single piece of paper. As you talk to users you can ask them to “click” through the prototype by presenting the next screen in the flow. You can also use Keynote or Powerpoint to lay out basic wireframes and descriptions of each screen to illustrate and test core user flows in the same way.

‍
Take your wireframes or paper prototype up a notch in fidelity. Upload your UI from your design tool to a prototyping tool like InVision and link the screens together with hotspots. This makes it easy to share with users for remote testing via a recorded video call.

‍
Create a good looking landing page and set up a google adword or facebook ad campaign to see if you can get people to click in and buy. Everything looks real, but once the user clicks “buy,” everything is done manually on the back end. Dropbox’s first landing page was a simple animated video explaining their value proposition in order to collect signups while they built out their first version - and when Zappos first started taking orders, instead of holding inventory they went out and bought the shoes from other retailers and mailed them to customers in Zappos boxes.

The goal isn’t to build a final product, or even a first version - it’s to iteratively maximize learning around customer needs, product features, pricing, and growth strategies. Talk to users, then build the simplest product to get the feedback you need. Once you have your MVP, it’s time to get it in front of users and iterate as quickly as possible. “Build, Measure, Learn” is the foundational mantra of the MVP process. Remember, the point to avoid building something in a vacuum that nobody wants - so Measure and Learn are the most important parts.

It’s vital to start testing early - you don’t want to get emotionally attached to any aspect of the product just because you’ve spent months building it. There are a few basic types of measurement. 1. Get Qualitative feedback through Usability Testing & Observational Research conducted with a small number of users. 2. Get Quantitative data is through Traffic & Product Analytics - tracking conversion rates on your marketing page and product to make sure users are getting to your product’s aha moment. 3. Gather Comparative data through A/B Testing two versions of the design to see which one works better. Take your data and start generating insights on how to improve the solution. Develop hypotheses around why you’re seeing the numbers and feedback you’re seeing, then generate ideas about how you can iterate and improve.

With this as a foundation, you’ll be well on your way to building a product that people love and will pay for. Remember, the point isn’t to produce a polished final product, it’s to save you time and money from building a final product that nobody wants. Get your idea out in the world and in front of users as soon as possible. 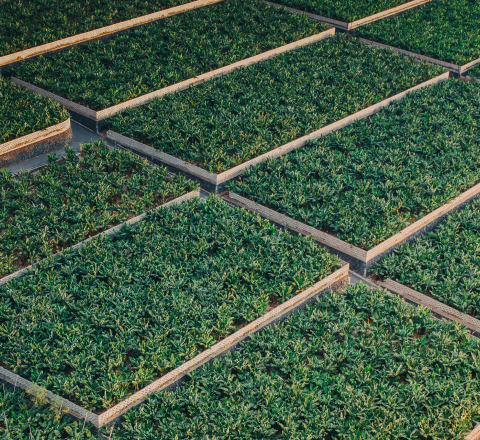 The source of a healthier tomorrow 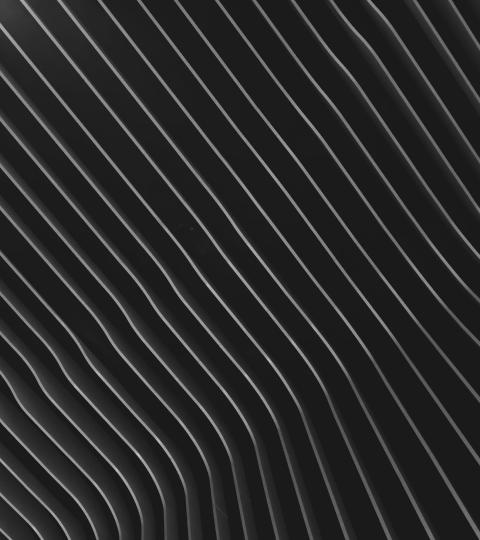 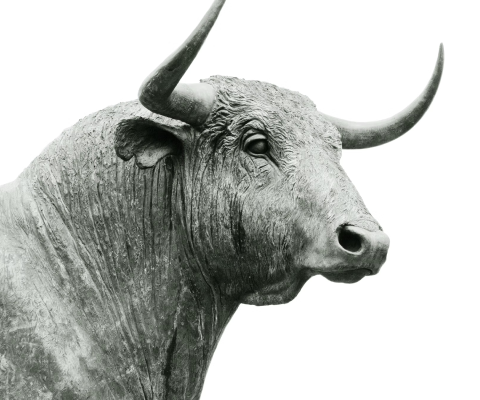 How DeFi is revolutionizing the financial industry 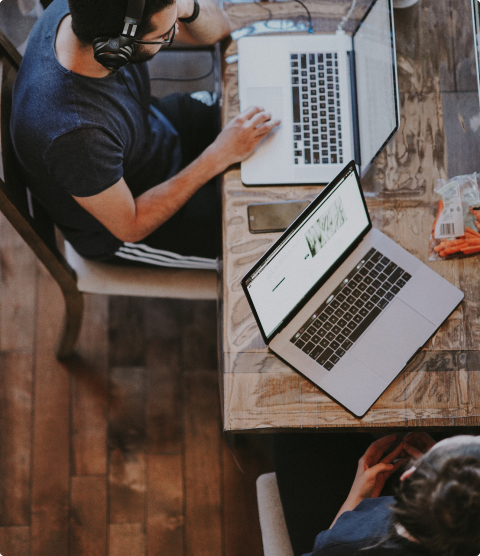 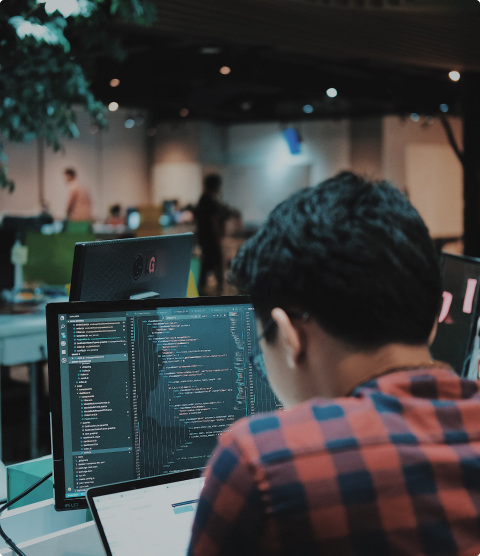 How APIs Determine Your Destiny 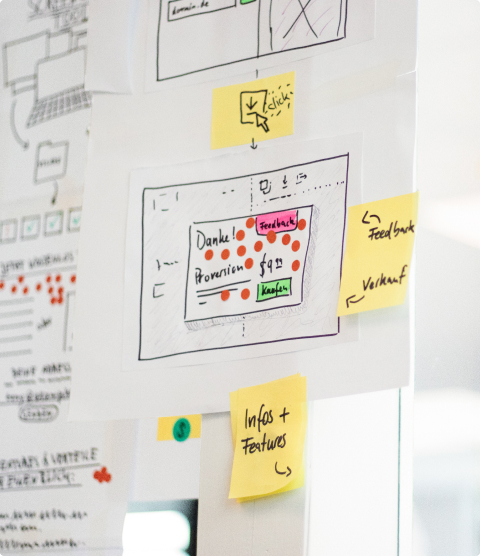 Start a project
Ready to transform your customer experience?

Get Started
Ready to transform your customer experience?
Get Started

Subscribe to our newsletter to stay
in touch with the latest.